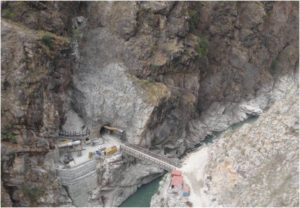 Dear Friends,
We sent a complain to World Bank regarding Vishnugad-Peepalkoti HEP, (444 MW) in Uttarakhand on National River Ganga’s main tributary River Alaknanda. It is funded by the world Bank and project Proponent is Tehri Hydro Development Corporation India Ltd.. Letter is self explanatory. Have a look and support the affected people. Scan copy  of the original letter in 8 pages with the signature of affected people is attached with this mail.
Please circulate this mail widely so that world know the realty of World Bank and well propagate “NAMAMI GANGA”.
Best
Vimalbhai
9718479517

1. The Social and Environmental impacts of Vishnugad Pipalkoti Hydro-Electric Project (P096124) over Alakananda River in Chamoli district, Uttarakhand, were inspected reviewed by the Inspection Panel of World Bank, the funding agency for the same project at the complaints and request of the local inhabitants. For the same purpose, the Panel has also hired some of the country’s experts which included Mr. Anubrotto Kumar (Dunu) Roy. In its report dated 01. 07.2014, the Panel has identified that there are various Social and Environmental issues pertaining to the project.

Mr. Dunu Roy, in his independent report addressed to the Management of World Bank has raised several critical and cumulative impacts which include issues pertaining to river flow, drilling, blasting and tunnelling, transmission lines, biodiversity, landslides, etc. These issues unfortunately have not been taken into consideration by the Inspection Panel in its final report dated 01.07.2014.

2. In its implementation status and results reports dated 29.7.2016 of this project, the World Bank noted as under:

“An extended Mid-Term Review (MTR) of the Project was undertaken over the period Feb 29 – May 3, 2016. This review assessed the ongoing relevance of the Project’s Development Objectives (PDOs), and the continued compliance of the Project with the recommendations of the World Bank Management’s Action Plan in response to the Inspection Panel Findings for the Project. The MTR found that the PDOs remain highly relevant, particularly in light of India’s commitment to increase the contribution of renewable energy to 40% of India’s electricity generation capacity by 2030. Project implementation also continues to be in accordance with the recommendations of the World Bank Mangement’s Action Plan. However, the Project continues to face a number of challenges, particularly due to geological risk, which are causing delays in implementation. THDC is focused on improving implementation progress and is continuing to strengthen schedule, contract and risk management practice, through the hire of specialist construction managers.

THDC continues to meet regularly with local communities to discuss any concerns or issues rising from project implementation. In an effort to increase awareness regarding Project related benefits, THDC is embarking upon a Community Outreach Program.”

We would like to point out to state that the above statement is a completely false statement and contrary to the ground reality.

Firstly, it is submitted that THDC officials did not go to the community to explain the so called project related benefits or the adverse consequences of the project. In contrast, it is the community which from time to time approaches the project authorities complaining of issues relating to Rehabilitation and Resettlement (R&R), including the livelihood impacts. In fact, the project authorities claim that 90% of R&R is completed. However, even this statement false. The people of “Haat” village have not been adequately settled even as on today’s date, in spite of repeated number of requests and complaints from the people of same village. In a letter dated 26th June, 2016, the “Haat” village people have specifically complained that R&R is not up to the standard and operation policies of World Bank as mentioned in point nos. 276, 277 and 278 of Inspection Panel Report. Relevant excerpt from the panel report is as under:

276.    The Panel’s investigation shows that a key difficulty in reaching an acceptable resettlement solution for Harsari relates to the fact that they been offered the same package as the one developed for the residents of the main Haat village. The Panel notes that the situation at Harsari hamlet is different from that of Haat village as Harsari families do not possess additional land in the vicinity where they can relocate, unlike the Haat families. Hence they have been holding out for a different solution that is suitable for them.

277.    The Panel notes that the protections and safeguards under OP/BP 4.12 Involuntary Resettlement apply to the Harsari residents. Project construction activities(even after the design realignment) will take over a portion of Harsari land, and the hamlet will be uninhabitable during the years of large-scale Project-related construction estimated to be at least 5 years, and very possibly later as well.

278.    OP/BP 4.12 on Involuntary Resettlement provides that project affected people should be assisted to improve or at least restore their livelihoods and standards of living to pre-displacement levels. This focuses on restoration of livelihoods as a core objective, and the Policy provides guidance on how to achieve this, while allowing some flexibility in approaches to be taken.

The people have further complained that contrary to the above policy, even as on date, people are struggling for basic needs such as water, electricity, school, religious temples, hospitals, fodder, etc., all of which were adequately available prior to the displacement. In addition, because the rehabilitation is not complete, there are instances where people have borrowed money for building houses and some people have built only half houses because of lack of money. This is the reason why some people are still in their old houses in Haat village, which is leading them to breathe and live in polluted environment because of the ongoing dam construction work. As a result, people are required to do more physical labour to meet the above needs and this situation is also causing them mental harassment

Since, they have not been adequately rehabilitated, people feel that they have been deceived. Their demand as on date is only for proper and complete rehabilitation with all the prior mentioned civic amenities. There is a great need to review  the entire rehabilitation process which has been undertaken as on date and upgrade it to meet the needs of the people fully.

In the hamlet of village Haat, named Harsari, people are facing enormous problems such as extensive use of explosives which are resulting in cracks in their houses, dust pollution, noise pollution, etc. As noted in point no. 277 of rehabilitation policy, Harsari hamlet is also affected by the present project. The problems that Harsari village is presently facing are as under:

Since 2004, people of Harsari hamlet raised their problems with the district administration, project proponent, inspection panel and even World Bank. Since nobody heard them, there have been instances where Harsari village people have stopped the works of above project. This has been taken as on opportunity by the company to implicate people under false charges and put pressure on them. Also, Inspection Panel in Annexure. A (Page 99) of it’s report in Point. 5 notes that “Regarding Harsari, Negotiations are still continuing”. However, no such negotiations have been initiated in Harsari village with people as on date. People of Harsari require immediate and upgraded, proper, land-based Rehabilitation and Resettlement policy in the light of R&R of Haat village.

Village on the tunnel will be affected by using of extensive explosives and dam construction works. We have raised this issue since the very beginning and it is becoming reality n many villages. For example:-

Around 23 people including old women and youngsters are facing civil suits against them as they were stopping road construction work and that of outlet tunnel of power house. Durgapur village is situated on top of four outlet tunnels coming from power house. Because of the work carried out by the Project Proponent, the Durgapur village people’s houses have been damaged. It was due to this that the people had stopped project work and held long agitations. This resulted into Project Proponent filing false cases against people and also put in a claim for people’s land. Even here, people have repeatedly complained and represented with the district administration and also with the project proponent. However, they were responded by the district administration stating “If you stop the work of dam, the country will not progress and the World Bank will take a back step.”

Many other villages named Jaisaal, Gulaabkoti, Batula, Guniyala Bemdu, Tenduleechak Haat, Matth Jhadeta, Naurakh, Hailang, Palla, Paini, Saalna, Nauligarh, Gaddi, Daveeng, Tapon, Huna, Tirosi, Jakhola, Pokhni, Laanji, Sayuun, Lavdo, Hatsari etc -are also facing similar kind of problems such as non-consideration of them as affected villages, damage to the fodder has been caused and it has been accepted by the company. However, the compensation has not been paid. In some cases where the compensation had to be paid for 5 continuous years, it has been paid only for one year or two years, etc.

In village Jakhola (where already 12 houses have been affected by landslides) which is considered a land-slide prone area by local administration; is still not considered as affected village in the EIA of the project although it is on the proposed tunnel where extensive explosion will be caused.

Regarding the operation policy violations with regard to Environment:

Project Proponent, Tehri Hydro Development Corporation India Ltd has built approach roads and has been dumping all its debris-muck directly into the river in a stretch of 20 meters, without constructing any retaining wall. In this regard, Matu Jansangathan has written letters (Annexure 1) to Ministry of Environment, Forests and Climate Change in the year 2015 and have complained about it. Further, Jansanghathan has also filed a case[1] in National Green Tribunal). Case is still going on.

We submit that after the present project construction began, the people are facing serious problems, which were also mentioned in the EIA and different studies done by World Bank prior to disbursement of Loan. We understand that the Inspection Panel can be approached one time which some people have already done but, the problem is that  not even  minimum observation of Inspection Panel has been taken seriously by the Project Proponent and a  new kind of situation has arisen. We also fear that some new problems could arise with the tunnel. For example, the company claimed that they will use Tunnel Boring Machine for main 13 Kilometer tunnel. But, there is another project above this project, namely Tapovan Vishnu Gad (520MW) where the  Tunnel Boring Machine has been stuck in the tunnel for approximately 4 years  And the tunnel is still under construction. Tunnel boring is not a viable option in this fragile Himalayan area.

In the light of the above issues, we demand the following: 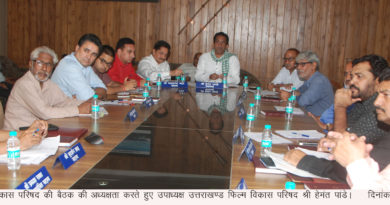 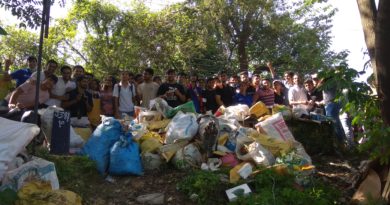 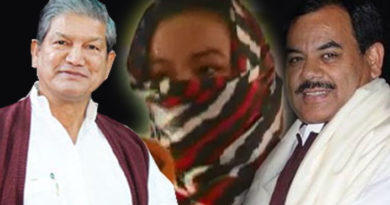