The quest for answers to life’s mysteries of who we are, how did we get here, and where do we go beyond this life has been a human preoccupation through the ages. Two fields have focused to answer those questions: science and spirituality. While both have often taken divergent paths to find the answers, a unique individual has been able to bridge the gap between the two to answer the age-old questions about the mysteries of life. H.H. Sant Rajinder Singh Ji Maharaj is one whose background in both science and spirituality brings together these two fields of research to help people discover the meaning of life. Born in India in 1946, Sant Rajinder Singh Ji is the head of Science of Spirituality/Sawan Kirpal Ruhani Mission and is a well-known spiritual leader throughout the world. He travels extensively holding seminars and conferences to teach people a simple method of meditation that incorporates science and spirituality to give each a personal experience to answer for themselves the eternal questions of who we really are and what lies beyond this physical universe.
Sant Rajinder Singh Ji Maharaj’s life and work can be summed up as a continuous journey of love and selfless service to help people discover their life’s purpose. He has helped people from all walks of life connect to their true selves by teaching them the science of meditation. Follow his travels throughout the world and you will discover that his message is based on the principles of human unity, spiritual fellowship, and selfless service.
Many people have believed that science and spirituality are opposite terms and contradict each other. However, H.H Sant Rajinder Singh Ji Maharaj, with his background as an IIT alumnus with a stellar career in science, engineering, communication, and technology coupled with his becoming the world’s foremost spiritual teachers of meditation, believes that science and spirituality are two sides of the same coin.
With his background in science, communications, and technology, Sant Rajinder Singh Ji draws clear parallels between science and spirituality as both aim to answer the same questions. Through the scientific method, one can enter the laboratory within one’s self to experience firsthand what lies within each.

The Emergence of a Scientist and Early Years at I.I.T.

Sant Rajinder Singh Ji’s career in science began when he majored in Electrical Engineering at I.I.T., (Indian Institute of Technology) Madras, one of the finest institutes of engineering in the world. Upon his graduation from IIT with a B.Tech degree, he pursued graduate studies at I.I.T. (Illinois Institute of Technology) in Chicago, Illinois, where he was awarded a Special Fellowship. After graduating with an M.S. degree, he began a successful twenty-year career in the field of engineering, communications, technology, and research and development in one of the world’s leading research and communications companies. He received laurels for his inventive, creative acumen that led to his contributions to important scientific and technological advances that have improved the quality and conveniences of life that benefit people around the world today. For his accomplishments in the dual fields of science and spirituality, he was honored with a Distinguished Leadership Award from Illinois Institute of Technology.

Science and Spirituality: Two Sides of the Same Coin

In one of his interviews Sant Rajinder Singh Ji said, “As an alumnus of I.I.T. Madras, where I received my B.Tech degree in Electrical Engineering, I was trained in the scientific approach to life. Along with that, I received training in meditation and spirituality from two great spiritual teachers. In both these fields of studies I realized they were both two sides of the same coin—the search for answers about the mysteries of life.”
By studying both fields, he concluded that the scientific method could be applied not only to the physical sciences, but also to spirituality. As in a science lab, one starts with a hypothesis and tests it to prove whether it is true or not. The same approach could be used to test the spiritual hypothesis of whether there is a higher Power, the soul, and any existence beyond this physical life. The difference is that instead of testing in a physical laboratory, the spiritual hypothesis could be tested within the laboratory of the human body.
In another interview Sant Rajinder Singh Ji said, “What I discovered through experimenting with the spiritual science is that we are conscious beings. When we withdraw our focus from our outer senses that connect us to the world outside and instead identify with the conscious part of ourselves within, an inner world opens up for us. There is a center within us, between and beyond the two eyebrows, at which we can become aware of our spiritual aspect. By withdrawing our attention to this point, we can see inner Light and hear inner Celestial Sound or Music. The process of withdrawing our attention to what lies within is called meditation. Through meditation, we become absorbed into this inner Light and Sound, or Jyoti and Sruti, and then we can merge into that stream. That leads us on an inner journey to realms beyond the physical. We have read about such realms in the writings of inner travelers through the ages, but in this scientific age, we are trained to want to see for ourselves. Meditation is an experiment in which we can test the hypothesis of their existence to see the proof for ourselves.”
The training at I.I.T. grounded him in the scientific method, which he applied to spirituality. In this way, it was not mere blind belief about the existence of the Divine within us, but proof borne out by personal firsthand experience achieved through meditation. This blending of the two inspired, the term “Science of Spirituality” so that those interested in testing the hypothesis of spirituality could do so through meditation in the laboratory within them.

From Scientist to Saint

Sant Rajinder Singh Ji Maharaj has devoted his entire life to helping others realize the power of their soul. A by-product of this inner awakening is helping people achieve reduced stress that contributes to improving health and wellness of body, mind, and spirit. Through meditation, one also realizes that the same essence that is within us also is in all other human beings, resulting in awareness of our essential human unity at the level of the soul. This realization of our oneness can help people achieve inner peace and outer peace. Sant Rajinder Singh Ji points out: “Within us is a divine spirit from which our intelligence and wisdom is derived. The process of accessing that inner divine spirit, intelligence, and wisdom is called meditation; if we transform knowledge to wisdom by meditating and experiencing the driving force behind all existence then we have the key to human unity.”

Global Acclaim for the Saint’s Message

His experience in science and his spiritual wisdom have helped Sant Rajinder Singh Ji articulate complex concepts in such a lucid, easy manner that it has inspired those who have come in touch with him. His teachings appeal to people of all backgrounds. He travels extensively, teaching this meditation practice to all interested seekers throughout the world, including North America, South America, Europe, Asia, Australia and Oceania, and Asia, and through numerous cities throughout India. Wherever he goes, he carries the message of peace and unity.
He was invited to address the opening session of the Millennium Peace Summit for Religious and Spiritual Leaders in the General Assembly of the United Nations attended by thousands of spiritual leaders from around the world.
Sant Rajinder Singh Ji’s message is a prescription for global peace which he shares with world leaders, scientists, medical professionals, educators, and people from all walks of life. He has spoken at such prestigious institutions, such as the National Institute of Health, the United States Coast Guard Academy, Harvard University, the Indian Institute of Technology (Madras, Delhi, and Mumbai), the Illinois Institute of Technology, and the Parliament of the World Religions. Everywhere he travels, he is welcomed and honored for his contributions to world peace, his pioneering education achievements, and his dedication to human unity through spirituality.
Among the many honors he has received are 5 honorary doctorates and numerous honors, including tributes by many world dignitaries. Among his many awards he received a peace award from the Interfaith Center of New York and the Temple of Understanding at a ceremony consisting of United Nation Non-Government Agencies (NGOs) in New York. He also received the Medal of Cultural Merit from the National Minister of Education of Colombia, plus numerous Keys to the City from mayors worldwide.
Sant Rajinder Singh Ji’s dedication to the human unity movement has led to his global efforts to help humanity seek unity at the level of the soul and transcend individual cultural, national, ethnic, and economic differences.
To further the cause of peace, Sant Rajinder Singh Ji Maharaj convenes annual worldwide conferences: the Global Conference on Mysticism and the International Conference on Human Integration. At these conferences, attended by over 100,000 people, civic, social, educational, and literary leaders from across the world join together to share ways for finding inner and outer peace.
Sant Rajinder Singh Ji is a well-celebrated writer. Many of his books are best sellers in various categories. His books and articles are available in over fifty five languages. His talks go out to the world via radio, television, and live Internet broadcasts. His latest books include: Meditation as Medication for the Soul, Spark of the Divine, Spiritual Pearls for Enlightened Living; Silken Thread of the Divine; Inner and Outer Peace through Meditation, and Empowering Your Soul through Meditation available from Radiance Publishers through amazon.com in both physical book form and e-book formats. He also has numerous DVD’s and CD’s on meditation and spirituality. He publishes a weekly blog message on spiritual topics on www.sos.org which also has many video and audio clips and excerpts from his writings available for free to visitors to the website.
Sant Rajinder Singh Ji leads approximately 2000 Science of Spirituality/Sawan Kirpal Ruhani Mission centers throughout the world, which offer local community workshops, classes, seminars, and retreats on meditation, spirituality and related topics which anyone is welcome to visit.
Under his guidance the organization Science of Spirituality/Sawan Kirpal Ruhani Mission organizes numerous events of benevolence and charity like free Blood Donation camps, free eye operations, free Cloth distribution etc. Volunteers worldwide have actively participated physically and financially in rehabilitation of victims of natural disasters such as the South Asian tsunami, as well as hurricanes, earthquakes, volcanic disasters, and floods throughout the world. In India, the organization has rebuilt homes, a school, and a community center for disaster victims.
Sant Rajinder Singh Ji Maharaj works tirelessly and selflessly to help people discover through the science of meditation the spiritual treasures within themselves. They also experience inner peace, happiness, freedom from stress, and joy through meditation. Millions of people around the world have learned meditation through the tireless efforts of the scientist-saint, Sant Rajinder Singh Ji Maharaj, and the number of practitioners continues to grow.
More information about Sant Rajinder Singh Ji Maharaj is available through the website: www.sos.org or from his two international headquarters: Sawan Kirpal Ruhani Mission, Kirpal Ashram, Sant Kirpal Singh Marg, Delhi, India 110009; information tele: 91-11-2-7117100; or Science of Spirituality, 4S 175 Naperville Rd., Naperville, Illinois, U.S.A. information tele: 1-630-955-1200. 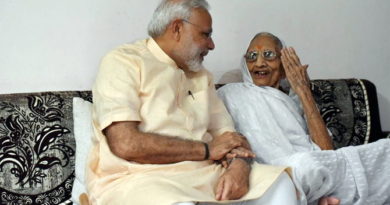 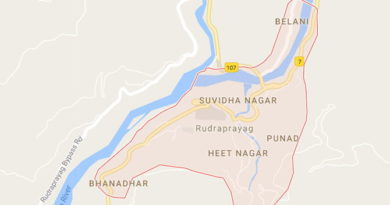 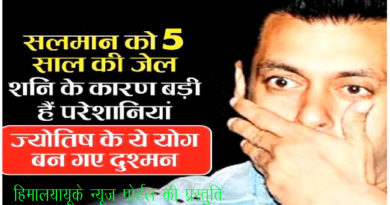