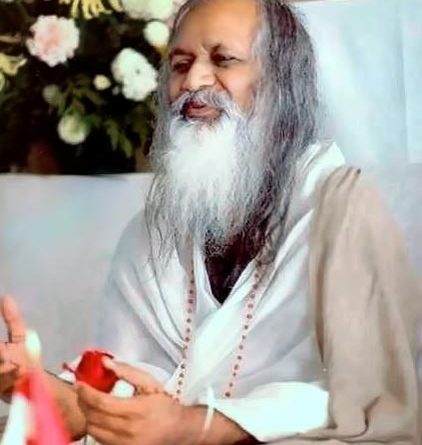 Maharishi Mahesh Yogi, who introduced transcendental meditation to the West and gained fame in the 1960s as the spiritual guru to the Beatles, died Tuesday at his home and headquarters in Vlodrop, the Netherlands. He is believed to have been in his 90s. Steven Yellin, a spokesman for the organization, confirmed the Maharishi’s death but did not give a cause.

On Jan. 11, the Maharishi announced that his public work was finished and that he would use his remaining time to complete a long-running series of published commentaries on the Veda, the oldest sacred Hindu text.

The Maharishi was both an entrepreneur and a monk, a spiritual man who sought a world stage from which to espouse the joys of inner happiness. His critics called his organization a cult business enterprise. And in the press, in the 1960s and ’70s, he was often dismissed as a hippie mystic, the “Giggling Guru,” recognizable in the familiar image of him laughing, sitting cross-legged in a lotus position on a deerskin, wearing a white silk dhoti with a garland of flowers around his neck beneath an oily, scraggly beard.

In Hindi, “maha” means great, and “rishi” means seer. “Maharishi” is a title traditionally bestowed on Brahmins. Critics of the yogi say he presented himself with the name, which is Hindi for “great seer.”

The Maharishi originated the transcendental meditation movement in 1957 and brought it to the United States in 1959. Known as TM, a trademark, the technique consists of closing one’s eyes twice a day for 20 minutes while silently repeating a mantra to gain deep relaxation, eliminate stress, promote good health and attain clear thinking and inner fulfillment. Classes now cost $2,500 for a five-day session.

The TM movement was a founding influence on what has grown into a multibillion-dollar self-help industry, and many people practice similar forms of meditation that have no connection to the Maharishi’s movement.

Over the years since TM became popular, many scientists have found physical and mental benefits from mediation in general and transcendental meditation in particular, especially in reducing stress-related ailments.

Since the technique’s inception in 1955, the organization says, it has been used to train more than 40,000 teachers, taught more than five million people, opened thousands of teaching centers and founded hundreds of schools, colleges and universities.

In the United States, the organization values its assets at about $300 million, with its base in Fairfield, Iowa, where it operates a university, the Maharishi University of Management. In 2001, disciples of the movement incorporated their own town, Maharishi Vedic City, a few miles north of Fairfield.

Last March, a branch of the organization, Global Financial Capital of New York, moved into new headquarters it bought in Lower Manhattan.  The visibility and popularity of the organization can largely be attributed to the Beatles. In 1968, the band, with great publicity, began studying with the Maharishi at his Himalayan retreat, or ashram, in Rishikesh, in northern India. They went with their wives, the folk singer Donovan, the singer Mike Love, of the Beach Boys, the actress Mia Farrow and Ms. Farrow’s sister Prudence. They left in the wake of rumors of sexual improprieties by the Maharishi, an avowed celibate, though no sexual-misconduct suits were filed and some of the participants later denied that anything untoward had occurred.

Nevertheless, public interest in the movement had been aroused in the West, and it continued to grow in the 1970s as the Maharishi took his movement around the world and as its techniques gained respectability in the medical world.

Later in life, the Maharishi refused to discuss the Beatles. Another one of his disciples was the Indian spiritualist Deepak Chopra, who was a friend of the former Beatle George Harrison and who promotes his own teachings based on traditional Indian Ayurvedic medicine and meditation.

The Maharishi’s movement began losing followers the late 1970s, as people were put off by the organization’s promotion of a more advanced form of TM called Yogic Flying, in which practitioners try to summon a surge of energy to physically lift themselves off the ground. They have never gone beyond the initial stage of flying, described as “frog hops.”

Mahesh Prasad Varma was born near the central Indian town of Jabalpur, into a scribe caste family. Called Mahesh, he studied physics at Allahabad University and for the next 13 years became a student and secretary to a holy man, Swami Brahmananda Saraswati, who the young disciple Mahesh called Guru Dev.

“Right from the beginning the whole purpose was to breathe in his breath,” the Maharishi wrote in his “Thirty Years Around the World: Dawn of the Age of Enlightenment,” published in 1986. “This was my ideal. The whole purpose was just to assume myself with Guru Dev.”

After the death of his master in 1953, Mahesh went into seclusion in the Himalayan foothills. He emerged two years later and began teaching a system of belief, which grew into the worldwide TM movement.

“It would appear that Maharishi cobbled together his teaching after his master died, when he found himself unemployed and out-of-grace with the ashram,” said Paul Mason, a critic of the Maharishi and the author of a biography, “The Maharishi: The Biography of the Man Who Gave Transcendental Meditation to the World.” “He reinvented himself and became a ‘maharishi’ and wanted to be seen as a messiah.”

Since 1990, the Maharishi had lived in Vlodrop with about 50 of his adherents, including his “minister of science and technology,” John Hagelin, a Harvard-educated physicist, who is expected to oversee the organization in the United States.

Late in life, the Maharishi tried to breathe new life into TM, establishing in 2000 his “Global Country of World Peace,” with the goals of preventing war, eradicating poverty and promoting environmental sustainability. One effort tried to reach young people across the United States with the support of celebrities like Donovan and the filmmaker David Lynch, who went on a speaking tour of colleges to promote the cause.

The Maharishi also sought to rebuild the world according to Vedic principals. He called for the demolition of all toxic buildings and unhealthy urban environments, even the demolition of historic landmarks if they were not built according to “Vedic architecture in harmony with Natural Law.” The Maharishi contended that the White House was wrongly situated. He said that a more suitable location for the capital of the United States was the small town of Smith Center, Kan.

In the last years of his life he rarely met with anyone, even his ministers, face-to-face, preferring to speak with followers almost exclusively by closed-circuit television. 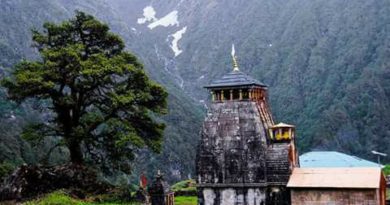 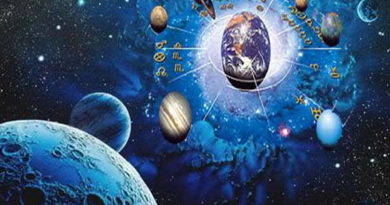