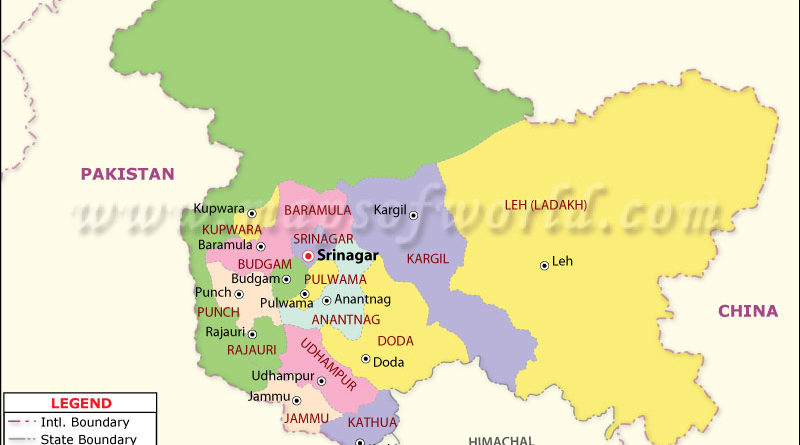 Prof.Bhim Singh assured the suffering migrants that he shall take up their matter to seek appropriate and respectable relief for the rehabilitation with the President of India and before the Supreme Court of India.

Prof.Bhim Singh, Chief Patron of J&K National Panthers Party after concluding his 10-day yatra in Jammu Pradesh addressed a press conference at Panthers Party Headquarters, Jammu urging Prime Minister to act graciously vis-à-vis Jammu and Kashmir where people of the state have been living under most chaotic situation for several months under the PDP-BJP government.

NPP Supremo toured the entire Jammu Pradesh from the City of Temples, Jammu to Akhnoor where Dogra Rule was founded under the leadership of Maharaja Gulab Singh in 1920. Maharaja Ranjit Singh came to the banks of the River Chenab and decorated Dogra Maharaja Gulab Singh in his own hands. The Panthers team led by Prof.Bhim Singh made his journey through the District of Rajouri covering Sunderbani, Nowshera and the migrant camps where about 12000 villagers from the LoC were forced to leave their homes last month. Prof.Bhim Singh assured the suffering migrants that he shall take up their matter to seek appropriate and respectable relief for the rehabilitation with the President of India and before the Supreme Court of India. Prof.Bhim Singh with his team visited Rajouri, Surankote and landed in Poonch where the brave people have been resisting the Pakistani aggressors right since 1947. Prof.Bhim Singh congratulated the brave people of Poonch and Mendhar and other areas in the Districts for keeping their resistance against the aggressors for nearly 70 years.

Prof.Bhim Singh with his team on his return addressed the strong rallies of Panthers Party in Rajouri District and appreciated the honest and effective fight of the Panthers Party in the Districts Poonch and Rajouri keeping the Indian Flag flying high in the skies.

Prof.Bhim Singh and his team moved to Doda District in Batote, Doda, Bhaderwah and held Iftaar at Kishtwar where General Zorawar Singh trained his Dogra Army which brought Kargil and Ladakh under boundaries of J&K by 1842. Prof.Bhim Singh congratulated the people of Kishtwar for their brave and national activities since 1947. Prof.Bhim Singh and his team along with local leadership of Kishtwar made homage to the four student martyrs who were martyred in 1973 by the police when Congress was ruling the state. The students were demanding a Degree College and District Status to Kishtwar. Prof.Bhim Singh offered flowers to the Student Martyres who were supported by Prof. Bhim Singh in 1973 when he was heading the J&K Youth Congress.

The Panthers Party team also expressed sympathy with the hundreds of ladies at a station between Doda and Batote where police had lathi-charged and arrested hundreds of ladies who were opposing the opening of a Desi Liquor Shop on the Highway. The area between Batote and Kishtwar falls under the category of Highway whereas the Govt. of J&K filed a false affidavit saying that this road between Batote and Kishtwar does not fall in the Natinoal Highway. Prof.Bhim Singh assured the locals that Panthers Party shall fight their case for justice and equity from the Doda District to the Supreme Court.

The delegation stopped for a night in Ramban the residence of former Dy. Chief Minister, Late Shri D.D. Thakur who played the prominent role for allotting a District Status to Ramban. Prof.Bhim Singh addressed several meetings Gool-Gulabgarh, Mahore greeting the Muslim fraternity on Ramadan and finally arrived last midnight at Reasi where hundreds of Talwara Migrants mostly women were waiting for Bhim Singh and his colleagues. The Panthers Party has been fighting the cases of the Talwara Migrants in the Supreme Court of India. Prof.Bhim Singh said that Govt. of J&K today has violated the Supreme Court Order which had directed the Govts. of J&K and India to treat them at par with Kashmiri Migrants. Prof.Bhim Singh accused the Govt. of J&K which has not even issued Migrants I-Cards to the Jammu Province Migrants who were forced to leave their homes by the militants during the Kargil War in 1999-2000. Prof.Bhim Singh accused the J&K Govt. for betraying the Jammu Migrants and violating the Supreme Court Judgement which had directed the Union of India and Govt. of J&K to grant them relief both in cash and kind at par with Kashmiri Migrants. The Govt. of J&K has betrayed the people of Jammu Pradesh and violated the orders of the Supreme Court of India. Prof.Bhim Singh declared that he shall launched the movement outside the Parliament of India and file contempt cases against the Union of India and the State of J&K before the Supreme Court of India. He gave 15 days notice to both the Govts. to implement the judgment of the Supreme court on Talwara Migrants which was not passed by the Supreme Court on writ petition filed by the Panthers Party.
Prof.Bhim Singh concluded his 10-day yatra in Jammu Pradesh for justice to all saying that 60% schools in Jammu Pradesh have no teacher, 50% school buildings have no bathrooms (reminding the Hon’ble Prime Minister), there is not a single doctor or even compounder in the so-called Primary Health Centres or dispensaries in the rural areas, the police stations are attacked by the so-called militants (as is reported by the police) and there is no protection in the police stations even. The food stores have no ration. Not a single govt. office in rural areas is functional for the past four months. There is no governance in the entire area which was toured by Prof.Bhim Singh and with his team int he past 10 days. 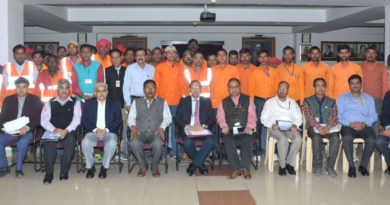