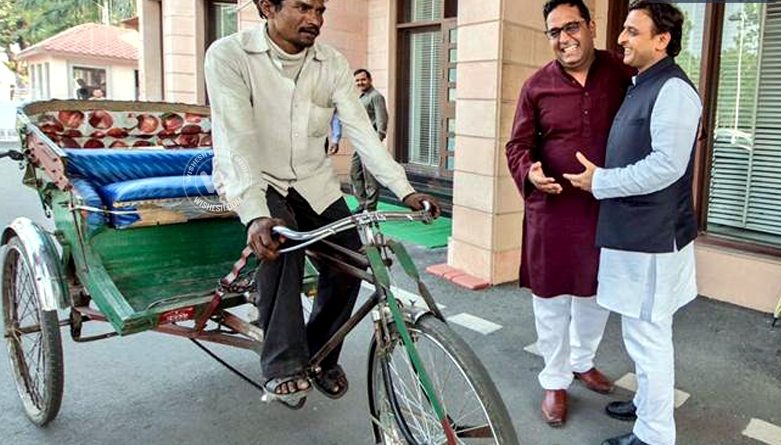 The road to Uttar Pradesh chief minister’s office runs through six districts in the Awadh region of the state, namely Lucknow, Sitapur, Unnao, Hardoi, Rae Bareli and Barabanki. Ever since the 1996 assembly election, the party or alliance that has won majority of seats in the 38 assembly segments in these central UP districts has formed government in the state. Here’s an analysis.
Nothing is as misleading as the tendency to listen to voices from your own echo chamber. This affliction seems to have gripped the BJP in eastern Uttar Pradesh where Prime Minister Narendra Modi’s prestige is eminently at stake.
Mark Twain once called Varanasi “older than history, older than tradition, older even than legend and looks twice as old as all of them put together”. One can safely assume that the accumulated earthy wisdom of this holy city transcends man-made barriers. And there are enough indications that the political ground has been slipping away from the BJP’s feet in the prime minister’s constituency.
Should that be taken as a sign of disenchantment with Modi? Perhaps it would be the height of naivety to read Varanasi’s message in black and white. Being the most enigmatic city of the world, people of Varanasi are deft at conveying messages loaded with lot of meanings. Prima facie it may appear indecipherable yet it is direct. Now let us try to decode the meaning that the people of Varanasi have been relaying as the region prepares for the last round of polls in eastern UP to be held on 8 March. Of eight assembly constituencies in Varanasi, the BJP has been finding itself in extremely untenable condition on account of selection of candidates. It seems that the party leadership has heavily leaned on psephology than native wisdom to select the candidates.
In terms of caste calculus, it seems a sound strategy to pick candidates from non-Yadav caste groups to rope in backward classes to the Hindutva fold. But it is easier said than done. Politics is as much mathematics as chemistry. And this appeared quite evident in Varanasi and adjoining districts of eastern UP where society is hugely interdependent. Few would recall that a redoubtable communist party veteran Udal was defeated by a new entrant in BJP Ajay Rai from Kolasala constituency. Udal won record nine times and had a huge following among people of his constituency. Rai was no match for Udal by any standard. Yet the electorate chose Rai because they developed a fatigue in choosing Udal.
Similarly, Varanasi known as BJP bastion seems to be crumbling due to political monotony of choosing BJP representatives and listening to rhetoric that lost its meaning. Take for instance the people’s fatigue about listening to the promise of turning Kashi (Varanasi’s old name) to Kyoto (Japan’s oldest city). Or the assurance of making the river Ganga clean and pure and reviving its glory. Similarly the people’s expectation rose multifold when Modi chose Varanasi as his Lok Sabha seat about development and job opportunities.
There is no doubt that the in the past two and half years there is a slew of measures that have been taken to meet people’s expectations. But those fall woefully short of rising expectations. If one takes a round of the city, the atmosphere of Varanasi is dust-filled and civic amenities are crumbling largely due to bureaucratic neglect. Construction of roads and flyway in some parts of the city is going at snail’s pace, making the life of people more difficult than the past.
There is no doubt that there are instances of the Akhilesh Yadav government deliberately delaying the projects initiated by the Prime Minister’s office for political reasons. But politically it has taken a toll on Modi’s image. Similarly the promise of reviving the traditional silk and textile industry turn out to be nothing more than assurance on papers.
In 2014 Lok Sabha, Modi’s assurance to clean Ganga heightened people’s expectation as Ganga is essentially a civilizational issue and cuts across religious boundary. The attempts made at cleaning the river so far are too superficial to pass muster with people. For instance, E-boats given to local mallahs (boatmen community) are lying as show-pieces. Though beautification of a part of river front is evident at Assi ghat, the work is too small to register an impression of radical change.
Like Ganga, Varanasi is a city of learning and houses many learning centres and universities. In the Banaras Hindu University (BHU) could have been projected as showcase to the world. But the campus has been lacking basic facilities and managed in the most cavalier manner. Despite the Prime Minister’s thrust on digitization and making the campus free wi-fy zone, the university administration has done nothing much to the chagrin of students. “We face students’ ire on daily basis” said an officer of the university administration.
Apparently the electorate seems to be hugely disillusioned by the BJP and the government’s machinery of empty promises and rhetoric that carry no meaning. It quite an irony that though Modi still retains his charm among people, the bureaucratic and the party machinery that he runs is seen as a major let down. This discerning political conduct of electorate is quite distinct in Varanasi and seems to be setting the trend in eastern UP which is the most critical region for the BJP. And there is a strong possibility that the results would disappoint those who tend to look at this election merely as game of psephology and refuse to move out of their comfort zones. 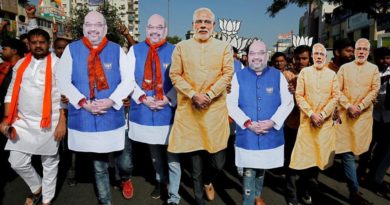 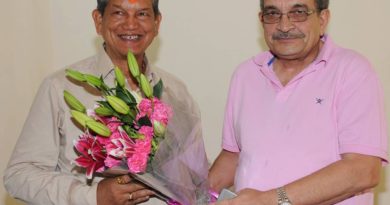 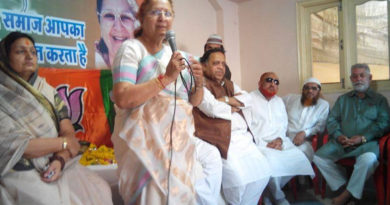