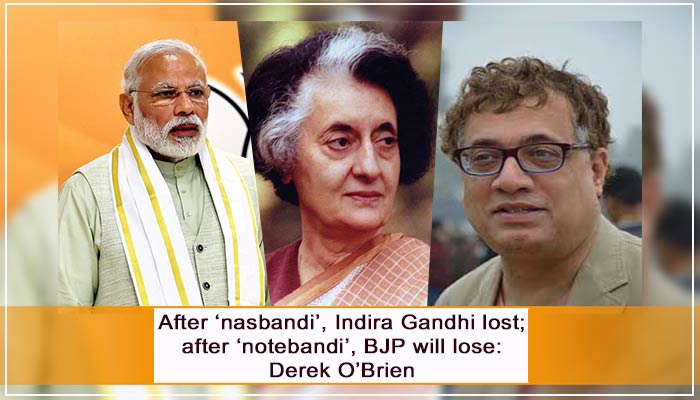 Trinamool Congress leader Derek O’Brien has called demonetisation a big flop show and equated it to former prime minister Indira Gandhi’s sterilisation programme. He said that the Bharatiya Janata Party (BJP) will lose the 2019 election because of their ‘notebandi’ (demonetisation) programme, just as Indira Gandhi had lost the 1977 election because of her ‘nasbandi’ (vasectomy) programme.
Speaking to ANI, he said that the whole of the TMC is on the consensus that demonetisation was a failure.

“Both the TMC and Mamata Banerjee have been saying since day one that demonetisation is a scam; it turned out to be a big flop show. It is one of the biggest corruption events of the 21st century,” he said.

In his vitriol against the BJP, he also accused the party of winning the election by fooling people for a short while. He added that the demonetisation has damaged the country and its people, and will, therefore, cost the party in the next election.
“After ‘nasbandi’, the sterilisation programme, Indira Gandhi ji lost the election. Our prediction is that after ‘notebandi’, the BJP will lose election,” remarked O’Brien.

The general review of demonetisation, however, also took into account some of its positive results like achievement of a cashless economy and reduction in tax evasion. O’Brien dismissed it by commenting that the BJP keeps changing the objectives of demonetisation.
“The BJP, the Prime Minister and the Finance Minister keep changing the objectives. I would urge everyone to see all the old video tapes from November, you read the old newspaper, you watch old news and you’ll see,” he said.

The Reserve Bank of India (RBI) on Wednesday highlighted that about 89 million notes of Rs. 1,000 currency did not come back to the system out of a total of 6,700 million notes that were in the system as on November 8. The apex banking system in its annual report stated that only 1.3 per cent of Rs. 1000 notes didn’t return after the Centre’s demonetisation exercise.
RBI, in its report, said that the cost of printing notes doubled to Rs. 7,965 crore in FY17 from Rs. 3,421 crore in FY16 on account of new currency printing after the note ban. However, RBI added that it pumped in 2,380 crore notes totalling Rs. 5.54 lakh crore in the two months post demonetisation between November 9 and Decemeber 31.
Earlier on November 8 last year, the Prime Minister Narendra Modi-led government announced its demonetisation drive, wherein, currency denominations of Rs. 500 and Rs. 1,000 notes were stopped as legal tender. 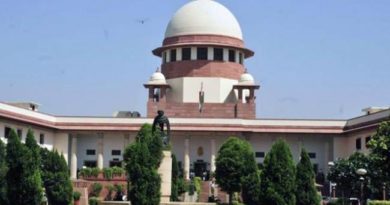 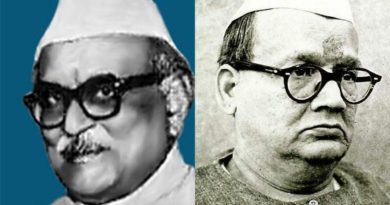